Get to know Anita Lizotte, RN

March 17, 2022/mark@devgsd.com/Comments Off on Get to know Anita Lizotte, RN 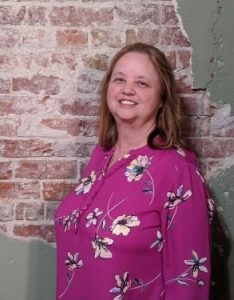 In a CASA presentation given at a Soroptimist International of Hanford meeting, Anita a member for 24 years found a way to answer a call to action! Anita was one of eight siblings, raised in the western states as a military child. When she was in the seventh grade her family moved to the Hanford area. She is married and has two children, five stepchildren, nine grandchildren, and three great-grandchildren. Anita achieved her Bachelor’s of Science degree in Nursing as well as her Master’s Degree. Anita retired as an Emergency Room Registered Nurse after 30 years of serving in Kings and Placer County. During her tenure, she would often treat children for wounds or injuries sustained. However, she shared that many children were only treated for the immediate need and were often returned home with their care providers. Recognizing that other needs were going unmet, Anita always had a desire to assist on a more personal level. Anita reflected upon the presentation and thought that CASA would be an excellent way to utilize her experience as a registered nurse to address the needs of children in her community. Although officially retired, Anita works for a local eye surgical office part-time and is incredibly active in her community. In addition to being, an active member with Soroptimist International, she is currently serving in her second year on the Civil Grand Jury, belongs to a quilting guild, and has numerous hobbies which include scrapbooking, crocheting, gardening, landscaping and anything electrical as well as plumbing. Anita was sworn in on April 30, 2019, and was assigned to a sibling case with several children who were removed from their homes due to allegations of physical abuse. As an advocate with several children, a challenge with visiting was coordinating group outings. An added challenge was coordinating visits between the two parents who shared custody. However, Anita was able to successfully arrange visits and spend time with each child to learn more about their individual needs. As a result of the allegations, the parents were required to attend parenting classes. As the case progressed it was the responsibility of the social worker and the advocate to report on their progress. As an advocate, Anita was able to observe the parent’s interactions with the children and their ability to implement the resources and/or tools and methods learned in the classes. A concern brought forward by one of the children was one of the methods of discipline. Anita brought this concern forward to the social worker and a Child Family Team Meeting was held to discuss the concerns and to provide alternate methods to support the parents who were in family maintenance. As a result, the parents agreed to the alternative methods and as observed in subsequent visits the children reported a positive change in the discipline. During her advocacy with this family, Anita assisted the parents with supporting their efforts in implementing the new tools learned in the parenting classes and reinforcing them with the children. An example was a story Anita shared. During an outing, the youngest child reminded her siblings to behave. Not only was this an example of the child being aware of rules and expectations, but it also showed Anita that they knew she supported the parents on monitoring behavior and discipline. It was also an example of the respect that the child had for Anita. Another area of concern for the children was their academic progress. Several of the children were behind in their education. She worked with the schools and parents to help coordinate services and options for each child. Anita would take the time to work with the children one on one. Two of the children were not on their grade level for reading. So, she would ask the children to read aloud to her. As she worked with them, she could personally hear how their fluency had increased over time as well as their confidence. Another challenge was addressing a need to enroll one of the children into preschool. Anita researched local options and highly encourage the parents to enroll the child. After several conversations and prompting, the child was successfully enrolled. As a result, the child was able to actively participate in school. During this time Anita was able to see the child progress academically as well as socially. What is the most rewarding aspect of being a CASA? The biggest reward was advocating for the kids and seeing the results in their educational growth. The youngest child soon began to meet the age 0-5 goals. Also, assisting two of the children with added resources and helping them with their reading. It was wonderful to witness their improvement over the months. Most of all to see the growth of the family. The parents were overall receptive to the techniques they learned in their parenting classes. They were also open to the feedback and guidance provided by Human Services and me as their CASA Advocate. Judge Giuliani congratulated them on making the changes necessary to remedy the reason for removal. The parents were in tears, as the judge closed their dependency case. It was an amazing feeling to personally witness their growth and to see the case closed. After the case closes and a short break, I shared that I will be ready for my next case! What advice do you have for new advocates? Take good notes! Especially if you have more than one child. Keep a journal, document your visits when you get home. If keeping up with your notes it makes writing the court reports a lot easier. Update: One month after her case closed, Anita was appointed to her next case and she started in late January. Thank you, Anita, for all of your work and your continued passion to serve the children and families of Kings County!