Get to Know Linda Mello

March 17, 2022/mark@devgsd.com/Comments Off on Get to Know Linda Mello 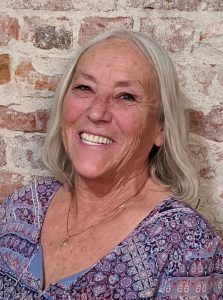 As a CASA for Kings County, Linda has been an advocate for almost seven years, served on three cases and in the words of her youth, is paid by God.

Linda was sworn in on June 13, 2013. As a retiree, Linda has a natural gift of caring for others. She has a unique ability to connect with individuals of diverse backgrounds, people of all ages, disabilities and/or circumstances.

Linda’s first case was with a very young child who was removed due to neglect and drug abuse by their parent. Although Linda thought she would work better with older youth, she bonded very easily with the child and the parent. After 18 months, the case was closed, and the child was successfully reunified with the parent. To this day, Linda is considered a family friend, and she maintains regular contact with the family. Over the past six years, she has been an added support to the parent, and they still call upon her for guidance.

In August 2017, Linda was appointed to a case with a youth who was also removed due to neglect and drug abuse by the parent. In learning more about this case, Linda was presented with a few challenges. This youth who has special needs was described as not very verbal, did not interact well with others, would have violent outbursts, and did not show any signs of affection. For some advocates, this may have presented major concerns on how to build a rapport with the youth. How can you learn more about them if they don’t talk or express emotion or present personal concerns for advocacy? However, this was not at all a concern for Linda.

During her first home visit, the youth was sitting in the living room playing a video game. Instead of trying to initiate a conversation, Linda simply sat down and started observing. During the game at some point, Linda busted out “DUDE” and the youth looked at her reached out and hugged her. The care provider was in shock. The youth had never initiated any kind of affection. From that moment on, Linda knew it was a good match. She shared that her approach was not to force any conversation or interaction. She was just going to hang out and let things happen naturally.

Linda’s youth has been in and out of the foster care system for seven years. As you can imagine they have had several placements and trust does not come easily. However, in the past few years, the youth has learned that not only can they trust Linda, but they have also come to respect her. Why? Because Linda has demonstrated care, consistency, and support.

What is your proudest moment for your child? At the end of a recent visit, the youth shared a story that did not appear to be truthful. Without judgment, Linda simply listened to the youth and they said their good-byes. Soon after Linda left, her phone rang. The person on the other end was her youth calling to apologize for lying to her. This act was a huge step in the progress of this youth’s personal growth. They not only recognized their error they took the first step to apologize.

What is your funniest moment with your child? Riding a skateboard down the street and the people passing by waving and honking their horns at me. Linda shared that her youth told her that she didn’t know how to ride a skateboard. If you know Linda, I think she took this as a dare, and she, of course, had to prove them wrong. When they arrived back home the youth told the care provider, Linda will ride with me!!! Linda shared, “we laughed so hard that day.”

In hearing the stories shared by Linda, you can see the personal growth in this youth, and how the relationship they have built has added to their ability to interact, show emotion, communicate and begin to form bonds with others. Linda shared her goal is to help her youth live a productive and happy life. “She shared they are going to be my Swan Song.”

What advice do you have for our advocates? I never take my phone while I have my visits. I give them my full attention. Be there for your kid. Listen. Be their voice. In the process, I have also found my voice. I find that I speak up a lot more now than I did in the beginning. “You are not going to change the system. But you can change their world.”